WHY THE NAME “UNFOLDING KAFKA”?
Everything started when Jitti Chompee, founder and director of the festival, saw “Der Bau” by Isabelle Schad and Laurent Goldring at Tanzplattform 2014 in Hamburg, Germany. The performance, inspired by Franz Kafka’s novel, made Jitti realize that the piece, conceived as a dance work, could easily be considered as a visual art. He said: “I think this is a new perspective that should be introduced to art students and creators here”. Hence, he decided to propose to the Goethe Institute Thailand to invite both artists to come present their work in Bangkok. Since Kafka, a German author, inspires the piece, the Goethe-Institute Thailand was very enthusiastic to proudly support the project. Meanwhile, Jitti kept exploring Kafka’s work, “A Letter to His Father”, which made him think about origami and Yoko Seyama, a visual artist and scenographer. The artistic collaboration between Yoko and Jitti gave birth to a piece called “The Silence of Insects”, which has been supported by the Japan Foundation, another essential cooperation that allowed the festival to take form. Later on, after the festival’s first edition, Kylian Foundation invited Jitti in 2016 for an artistic residency at Korzo Theatre in Den Haag, Netherlands. Still inspired by Kafka’s work, Jitti created a new piece, Red Peter, which, since then, has been traveling around the world to diverse dance festivals. Never, would he have thought that so many projects and ideas could come from one special encounter…

CONTEMPORARY ART IS FOR EVERYONE
Jitti Chompee talked about his audience in an interview by Jasmine Moir from Tanzconnexions: “I’ve had 60 year-old ladies coming to see my shows originally because they are fans of my dancers who also perform Khon at the National Theatre. They usually say they don’t really get my shows, but will come back again because they find the dance beautiful and believe they will eventually have a better understanding of contemporary dance. To me, that is very endearing and inspiring. These wonderful ladies are now my regular audience”.

WHO IS FRANZ KAFKA ?
The worldwide persistent fascination for the German author, Franz Kafka (1883-1924), his legacy and his work full of mysterious character reveal and provide us with room for interpretation. In a natural and rational way, Kafka combines obscure and surreal scenarios with the real world, a motif which today is used in a variety of literary and cinematic formats.

Saiyah #2.3 (creation 2017) Installation by Yoko Seyama
FOLDING and [UN]FOLDING LIGHTS in the empty space.
The white light is splitting into two colors. When it is projected on a spectral glass plate, it transmits only a specific color frequency spectrum. At the same time, the glass plate reflects the remaining color frequency spectrum. While the four glass plates are turning, the relation between the transmitted color and the reflected color changes. Several color compositions keep evolving by remixing the divided light source and create a live color performance of FOLDING & [UN]FOLDING LIGHTS in the empty space.

Duo (Creation 2004) Dance performance by S20 Hiroaki Umeda
The dancer stands simultaneously in two distinct dimensions: in virtual space and in physical space. At one time, the avatar dancing in the digital sphere judders affected by an over-amplified bass sound. At other times, it dissolves into countless pixels by synchronizing to the electronic snarl of sounds. In order to question the meaning of corporeality in contemporary

society ever so flooded with virtual images, Umeda juxtaposes on stage the virtual body and the living body. And by adopting the real-time capturing technology, he presents to the audience two dancers who move in homogenous texture almost devoid of a time rag. What kind of movements and effects are possible for the one and impossible for the other? From a duet between the real and the virtual, these variances are investigated.

“To the woman he said… and your desire shall be to your husband,
and he shall rule over you.”
Genesis 3:16

A pointless attempt of understanding when I lost my innocence and how my amorphous body transformed into the known and common creature called a woman. 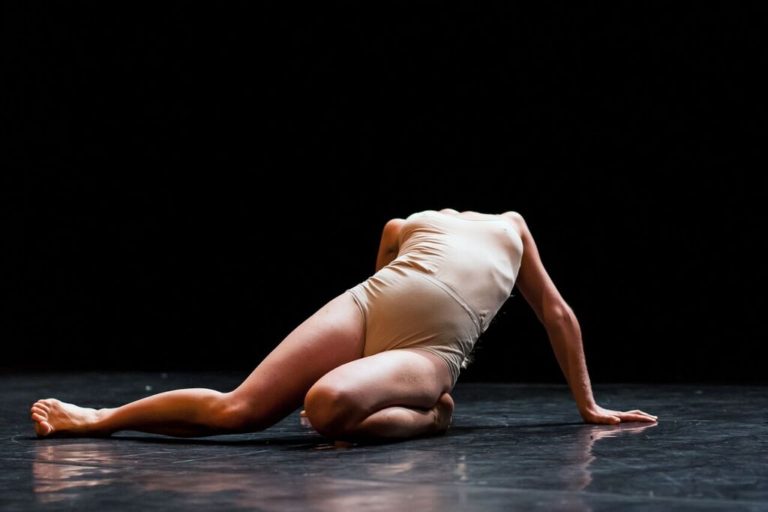 Kafka Goes to Cinema
Hanns Zischler, the famous German actor, has made a book about “Kafka goes to cinema”. He has been working on this matter for 40 years.  Furthermore, Stefan Drössler, head of filmmuseum München, searched for the last 5 years to find the films and abstract, which compose the documentary.

Klassenverhältnisse (1984)
The film is based on Kafka’s unfinished novel “Der Verschollene”. It doesn’t deal with the real United States but it is rather a kind of allegory taking place at no specific time in history. Straub and Huillet’s version is about class relations and about the society that is created by capitalism, which is utterly cruel, capricious and ludicrous.

“That, too, is human freedom […], self-controlled movement.
What a mockery of mother nature! At such a sight,
no structure would stand up to the laughter of the apes.”

Jitti Chompee is captivated by Franz Kafka’s Ein Bericht für eine Akademie, in which the protagonist Red Peter describes his loss of true freedom in the midst of gaining acceptance and recognition in the human world. Animalism, absurdity, and evolution are corresponding concepts that prevail in both Chompee’s and Kafka’s works. Red Peter draws from many elements of the ape’s journey of learning to behave like a human.

Red Peter is a coproduction between 18 Monkeys Dance Theatre and Korzo producties and is made possible by the support of the Kylián Foundation. 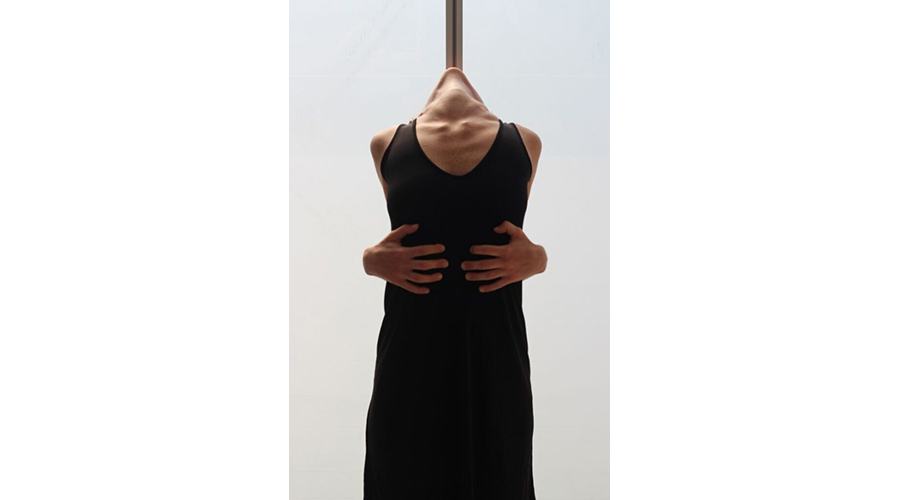 HOW TO GET YOUR TICKET ?

Festival Pass
Since it’s a special real performing art weekend, we only sell Festival Pass, which gives you access to every events and activities on both days, Please send an email (unfoldingkafkafestival@gmail.com) to register for the Festival Pass.