I received a press release from the Brooklyn Museum about an upcoming exhibition featuring paintings by Kehinde Wiley and Jacques-Louis David. The painting by Wiley, titled “Napoleon Leading the Army over the Alps,” 2005 (below left), will be paired with the painting upon which it is based, the 1800-01 painting titled “Bonaparte Crossing the Alps” by Jacques-Louis David (below right). This will be the first time that David’s “Bonaparte” has ever been seen in New York City. 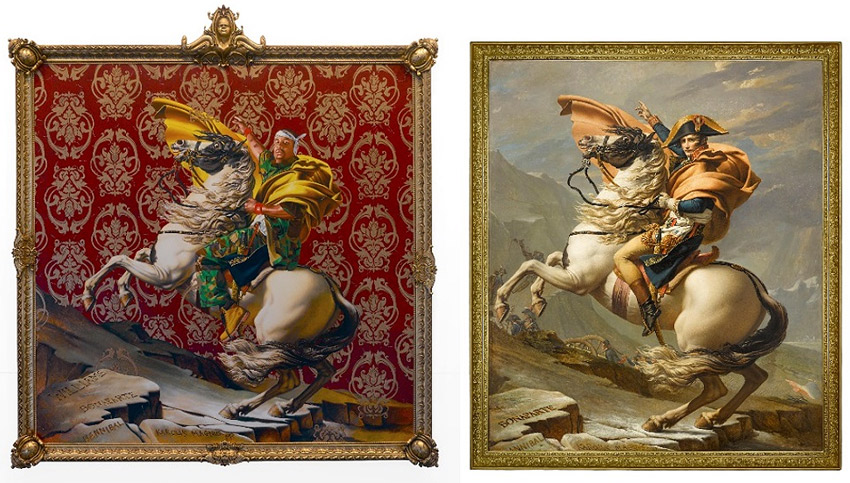 The Brooklyn Museum press release explains that the goal of pairing these works is to show how “ideas of race, masculinity, representation, power, heroics, and agency play out within the realm of portraiture.” I think it’s interesting to note that the exhibition will feature videos with Wiley explaining how the Western canon, French portrait tradition, and colonialism has influenced his own art making. What exactly is “the Western canon,” one might ask? A quick search shows that it means works of literature, music, philosophy, and art that are considered “classics,” and certainly David’s paintings fall under that description.

This is not the first time we’ve looked at a Kehinde Wiley painting and the Jacques-Louis David painting upon which it is based; check out this investigation into the concept of negative space.