Financier and philanthropist Donald B. Marron, who for 20 years led the brokerage firm Paine Webber, where he assembled a deep collection of contemporary art, died on Saturday in New York. The cause was a heart attack, according to Bloomberg, which first reported the news. He was 85.

For seven decades, Marron was a force on Wall Street. A serial entrepreneur, he founded the investment bank D.B. Marron & Co. in 1958, at the age of 24, after dropping out of college; the financial-research firm Data Resources Inc. as a side project while pursuing his high-flying career; and the private-equity shop Lightyear Capital in 2000, at a time in his life when many would be preparing for retirement. 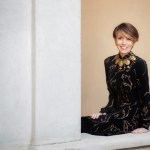 A sequence of deals positioned him to become one of his generation’s key investment figures. In 1965, he sold Marron & Co. to the research company Mitchell Hutchins & Co., which he sold in turn to Paine Webber in 1977. In 1980, he was tapped to run the firm, which he set out to expand by focusing on high-net-worth clients and moving into investment banking. In 2000, he helped engineer its $12 billion sale to the Swiss investment giant UBS.

“He’s always been like a minnow swallowing a whale, but somehow he always ends up on top,” one of Marron’s peers said in a 1999 story in Fortune.

Marron was a major patron of the arts and “an advocate of art in the workplace,” as the New York Times put it. While running Paine Webber, he purchased for the firm more than 850 works by contemporary artists such as Jenny Holzer, Jasper Johns, Chuck Close, Ed Ruscha, and Andy Warhol.

“You have to have an office, so why not look at a Jasper Johns rather than a reproduction?” Marron told Fortune magazine in that 1999 piece.

Marron also saw to it that the firm commissioned new work from artists. Susan Rothenberg, for instance, painted a work for its corporate dining room. Following Paine Webber’s merger with UBS, its art trove became the UBS Art Collection. Scores of works from the company’s holdings have been donated to the Museum of Modern Art in New York, where he became a board member in 1975.

Marron was elected president of MoMA’s board in 1985, a position he held until 1991, when he was given the title president emeritus. He was also a lifetime trustee. His name and that of his wife, Catie Marron, grace the museum’s soaring second-floor atrium, which debuted with its 2004 expansion. He appeared on the ARTnews Top 200 Collectors list for decades.

His arts leadership positions also included serving as vice chairman of the board of the California Institute of the Arts in Valencia and as a member of the President’s Committee on the Arts and Humanities.

Born in Goshen, New York, in 1934, Marron attended the City University of New York’s Baruch College until 1951, when he departed to join the New York Trust Co.’s research department.

“This is a major art collection that just happens to be a corporate collection,” Glenn D. Lowry, the MoMA’s director, told the Times in 2002 of UBS’s collection. “Don was quite courageous. It’s not the kind of safe collection most corporations build.”