As it prepares to open a potentially game-changing exhibition about indigenous histories, a cutting-edge museum in Brazil has made a historical hire.

The Museu de Arte de São Paulo (MASP) has hired Sandra Benites as an adjunct curator for Brazilian art. Benites is Guarani Nhandewa, making her the first indigenous curator to be hired by a museum anywhere in Brazil. She has been working with MASP over the past several years as an adviser during the preparation of its forthcoming upcoming “Histórias Indígenas” exhibition, which will focus on various global indigenous art histories and is slated to open in 2021. As part of her appointment, Benites will be in charge of curating the section of the show that focuses on Brazilian art. 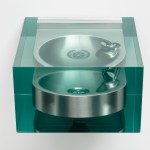 “The project of the exhibition ‘Histórias indígenas’ at MASP is very important to awake indigenous memories, since most of them have been asleep,” Benites said in a statement. “When we speak about histories, we speak about ancestral knowledge, and the objective here is to tell these histories from an indigenous perspective about ‘ywy rupa’, which is the Guarani notion territoriality.”

“Histórias Indígenas,” which recently received a share of the $250,000 Sotheby’s Prize, is part of the museum’s ongoing “Histórias” series, which was started in 2016 as part of artistic director Adriano Pedrosa’s vision for the museum. Programming related to each “Histórias” exhibition begins several years ahead of its run with two-day international preparatory conferences in which scholars present research that later forms the basis of the anthology-like catalogues that MASP publishes for each exhibition.

“There’s been more exhibitions dedicated to Indigenous art over the past five years—it’s something you wouldn’t have seen 10 years ago,” Pedrosa told ARTnews. “This is the context of how someone like Sandra coming to MASP becomes a key moment. It’s a turning point—it raises the bar for other institutions to rethink who they should be working with.”

Benites spoke at both the 2017 and 2019 conferences for “Histórias Indígenas,” and will present in the final one, scheduled for July, as well as the upcoming one in February for “Histórias da Dança.” She has also been critical in advising the curatorial teams on the indigenous artists in this year’s “Histórias feministas” and next year’s “Histórias da Dança,” not only suggesting artists and work to include in the show but also providing “feedback on how to present these works,” according to Pedrosa, who said that at MASP it has become a priority to bring “Indigenous art and culture into the museum, across the board.”

Benites is currently a doctoral candidate in social anthropology at the Universidade Federal do Rio de Janeiro, and she organized the large-scale exhibition “DjaGuata Porã: Rio de Janeiro Indígena” at the Museu de Arte do Rio in 2017, which Pedrosa called “pioneering,” in that it was the first time an indigenous curator had been invited to organize an exhibition at a major institution in Brazil. Prior to working as a curator, Benites focused on indigenous education, working with the Guarani community in the coastal city of Aracruz, Espírito Santo for eight years.