Jason Polan, the prolific artist who was beloved by New York’s art scene, died on Monday in New York at age 37. A family friend told Gothamist that the cause of death was cancer.

Though his work was often humble in form, Polan was greatly ambitious. His best-known project, “Every Person in New York,” involved attempting to draw every person in New York. Over the last decade, he produced around 3,000 portraits, many of them done on the fly. “I will be drawing people everyday and posting as frequently as I can,” he wrote in the project’s announcement. “It is possible that I will draw you without you knowing it.”

The drawings were uploaded to his blog or his Instagram, and eventually were published in 2015 in Every Person in New York, Volume 1. In 2010, he told WNYC, “I could get hit by a bus tomorrow, and the project will be not very complete, but as long as I’m living and I can draw, I’ll be thinking about this project.” 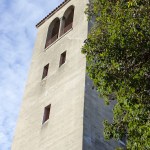 Among his most enduring projects was one focused on the Museum of Modern Art in New York. For “Every Piece of Art in the Museum of Modern Art,” Polan attempted to sketch everything that was on view at MoMA. Throughout the project, Polan returned to the museum, drawing attendants, visitors, and even MoMA director Glenn Lowry. The project was a hit with museum staff and casual fans alike—and a 2015 book version was even included in a show at MoMA’s library.

Polan was born in Franklin, Michigan, and attended the University of Michigan, where he earned a dual degree in anthropology and art and design in 2004. After graduation, he moved to New York to create commercial work for brands including Uniqlo. One year later, he founded the Taco Bell Drawing Club, which consisted of anyone who joined Polan at a Taco Bell off Union Square West in Manhattan to draw. “If you draw at a Taco Bell, you’re a member,” Polan told the New Yorker in 2018. There were no rules, and anyone participating received a hand-drawn laminated card that read, “Official Member, Taco Bell Drawing Club.” (Filmmaker Josh Safdie was among the card-carrying members.)

In 2011, he had his first solo show in New York, at Nicholas Robinson Gallery in Chelsea. For the exhibition, Polan stationed himself at a long table where he would create more drawings and small clay sculptures, explaining his process or playing a game of ping-pong with visitors.

“At its heart, Jason’s “Every Person in New York” project was an exercise in optimism and inclusivity,” Jen Bekman, founder of the online gallery 20×200, which represented Polan, told the New York Times [LINK]. “It suggested that he could capture everyone, and he pursued that goal earnestly and indefatigably for many, many years.