Academy Museum of Motion Pictures Sets Opening Date
At last night’s Academy Awards, Tom Hanks announced that the Academy Museum of Motion Pictures in Los Angeles will open its doors on December 14, 2020. The institution, which is dedicated to the history and future of filmmaking, will occupy a Renzo Piano-designed building on the city’s Miracle Mile.

Rothko Chapel to Reopen June 2020
The Rothko Chapel, a non-denominational spiritual site in Houston erected in 1971 by art patrons John and Dominique de Menil, will reopen in June 2020 following a renovation. The space, which draws over 100,000 visitors annually, has been closed since March 2019 to accommodate the first phase of “Opening Spaces,” a $30 million restoration and campus expansion that includes a new lighting system in the chapel’s ceiling apparatus designed to protect the 14 large-scale Rothko paintings from Houston’s intense daylight. 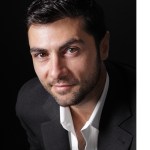 Städelschule Academy of Fine Art Names New Leadership
Yasmil Raymond has been appointed the next rector of the Städelschule Academy of Fine Art in Frankfurt, Germany, and director of Portikus, an exhibition hall affiliated with the art school. She succeeds Philippe Pirotte, who will step down as director at the end of March. Currently, Raymond serves as an associate curator in the painting and sculpture department at the Museum of Modern Art in New York. Prior to joining MoMA, she held curatorial positions at the Dia Art Foundation in New York and the Walker Art Center in Minneapolis.