6 famous paintings & the sitters who inspired them

Posted in Inside Scoop by Ruth Millington on 13th February 2020


We all know these paintings. We can identify the artists who made them. And recognise the subjects in them: Girl with the Pearl Earring, Mona Lisa and The Weeping Woman. But who are the real-life stars of these 6 famous paintings? And what are the true stories behind them? Let’s take a closer look at the muses, sitters and mysteries behind these iconic artworks. 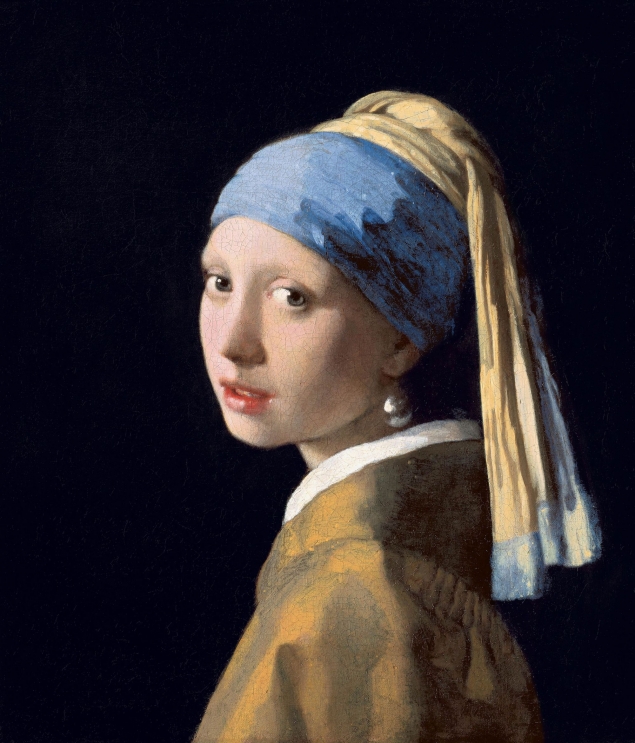 
Who is this girl, famous for her pearl earring? Some art historians think she is Vermeer’s eldest daughter, Maria, who would have been aged twelve at the time. Others think it is Magdalena, his patron’s teenage daughter. In Tracy Chevalier’s historical fictional novel she becomes Vermeer’s servant girl, Griet. The fact that we don’t quite know who she is only adds to her allure. 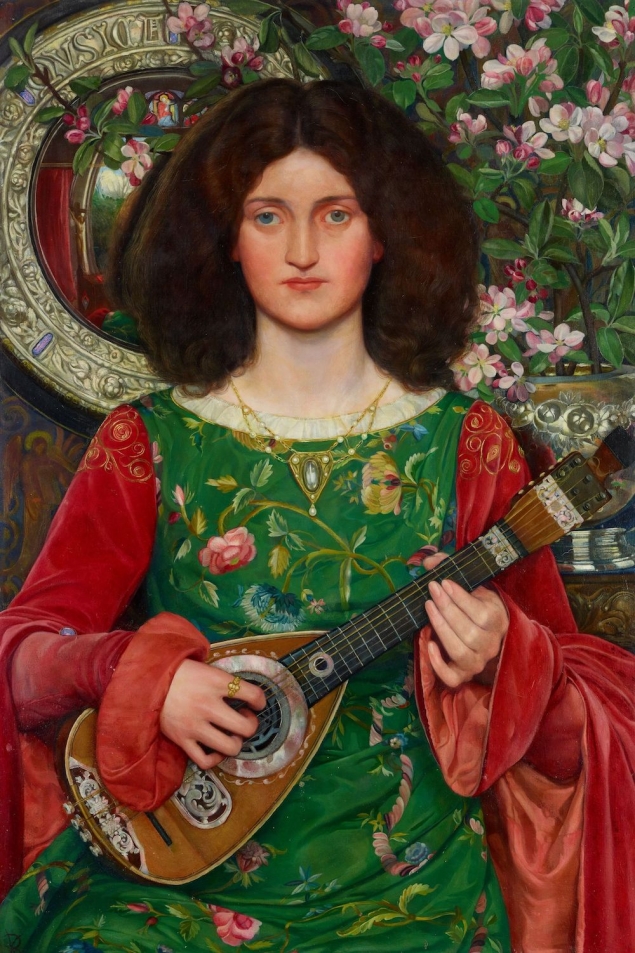 
In this Pre-Raphaelite painting, a young woman plays the lyre. Kate Bunce has painted her sister, Myra Bunce. Myra designed metalwork during the Arts and Crafts Movement led by William Morris. They were some of the first women to make a career out of art. If you look closely, you can see an inscription ‘MUSICA’ on the mirror frame. Myra made many of the frames for her sister’s paintings, and inspired this witty inclusion here. 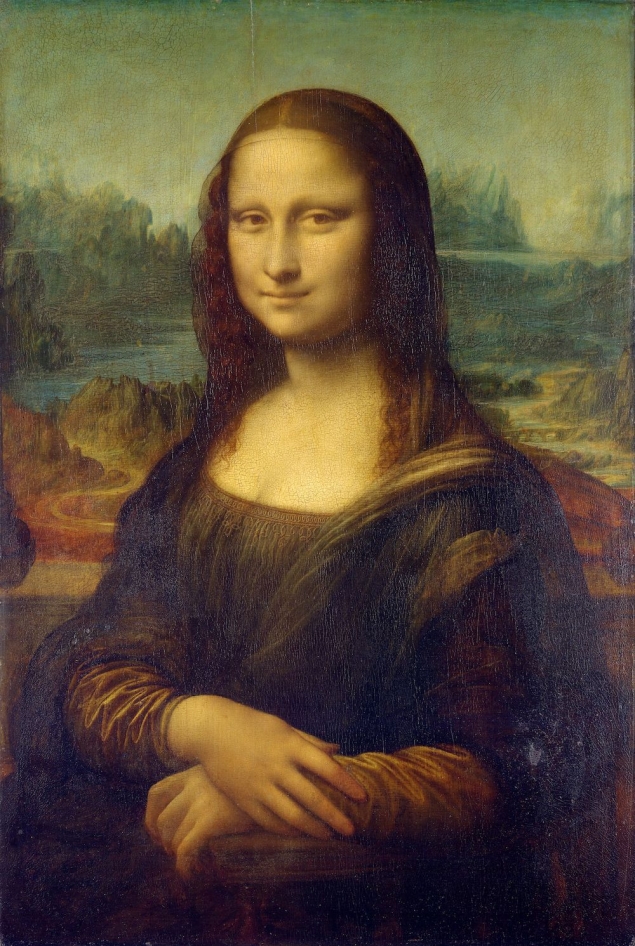 
Mona Lisa might just be the world’s most famous woman. But who is she? The strange thing is she is quite an ordinary, middle-class woman, Madam Lisa Giocondo. The wife of a Florentine cloth merchant, Francesco del Giocondo, she had five children and led a comfortable, and by no means unusual, life. What is unusual is that the dark veil that covers her hair is sometimes considered a mourning veil. So, why she is smiling? It remains a mystery. 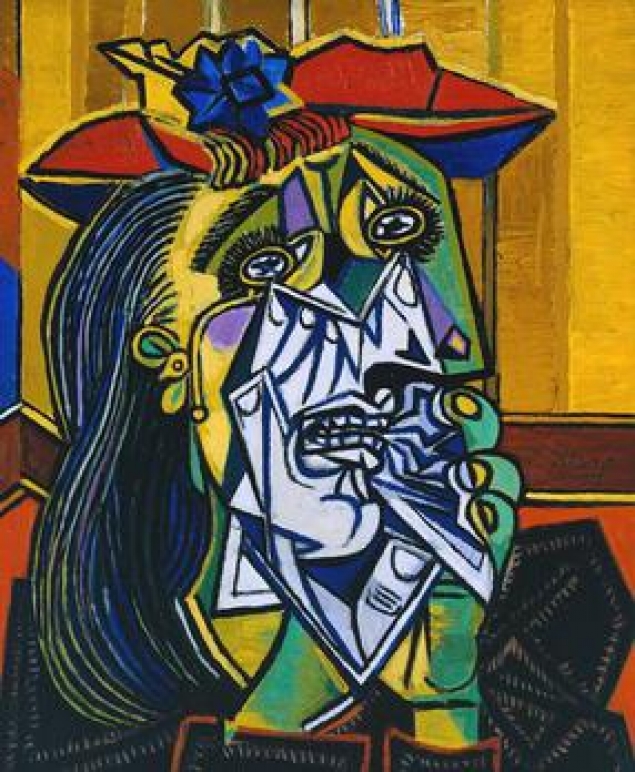 
Picasso is known for his affairs. Included amongst his mistresses was the Surrealist artist, Dora Maar. In 1937 she photographed Picasso creating ‘Guernica’. Alongside this mural-sized painting, he made this ‘Weeping Woman’ portrait, focused on mourning. Dora Maar modelled for these. While they reflect his outrage at the suffering caused by the bombing of Guernica, they also indicate the couple’s tumultuous, 9-year affair. “Dora, for me, was always a weeping woman”, Picasso famously said. 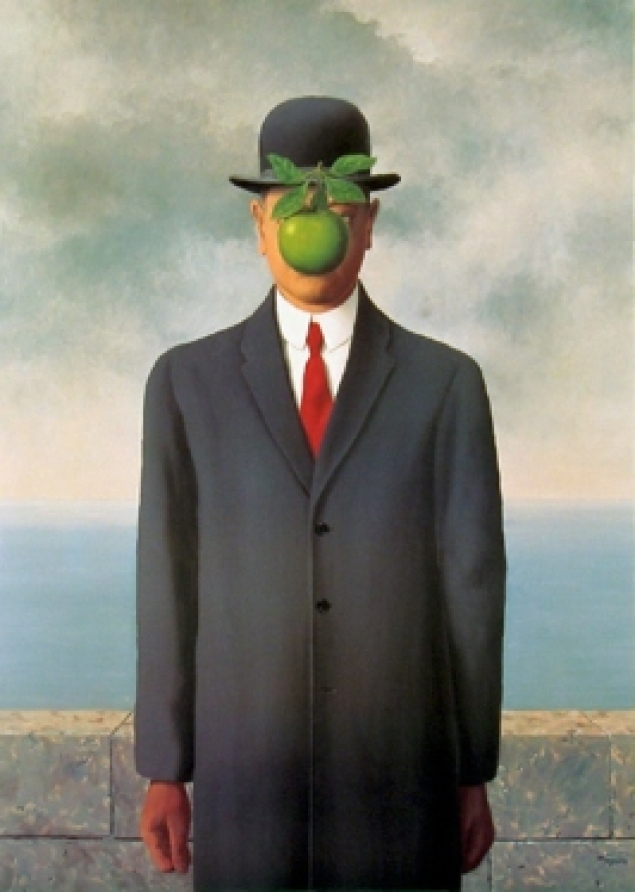 
‘The Son of Man’ is a puzzling painting by the Surrealist artist, Magritte. Who is the bowler hat man, whose face is obscured by an apple? The artwork started out as a self-portrait. However, letters written by Magritte indicate that he found it difficult to paint himself and used an apple to hide his face. In true Surrealist fashion, the picture also plays with perception and reality, the visible and invisible. As Magritte said: “everything we see hides another thing, we always want to see what is hidden by what we see”. 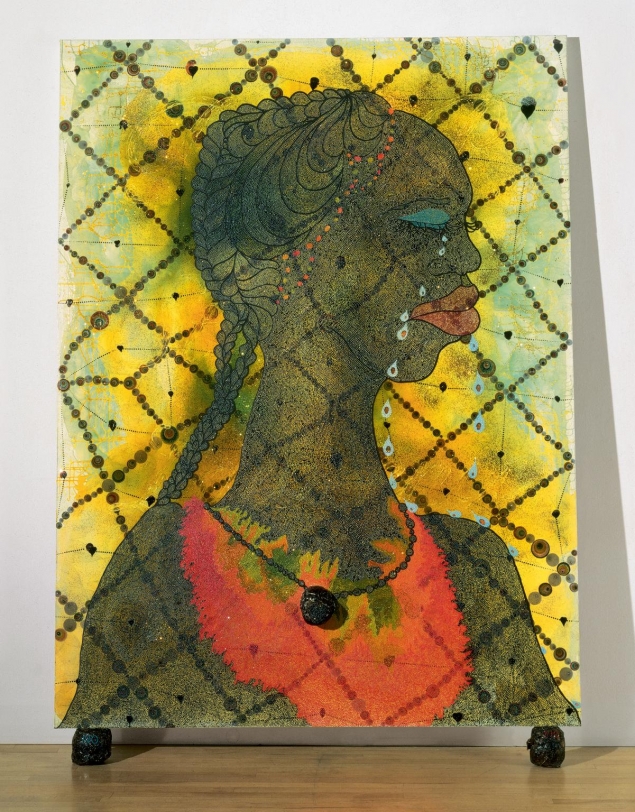 Chris Ofili, ‘No Woman, No Cry’, 1998. The painting stands on two dried, varnished lumps of elephant dung. A third is used as the pendant of the necklace (Wikipedia Commons).


Ofili painted ‘No Woman, No Cry’ while living in London. Taking the title from Bob Marley’s infamous reggae song, it shows a crying woman. If you look closely at the inscription, you can see she is identified as Baroness Lawrence of Clarendon. She is the mother of Stephen Lawrence, the teenage boy murdered in an unprovoked racist attack in 1993. Inside her tears are tiny photographs of her son, Stephen.


Ruth Millington is an art critic, writer and award-winning blogger.