Jennifer Lopez, Kendall Jenner, and Ari Emanuel were among the high-profile faces browsing and buying at the sophomore edition of Frieze Los Angeles. [ARTnews]

Felix, the smaller but spirited fair at the Roosevelt Hotel, has some stories to tell too. [ARTnews]

“The right has no trouble speaking their rage”: artist Barbara Kruger explains thebanners, billboards, and stickers she plastered throughout Los Angeles for Frieze. [The Guardian] 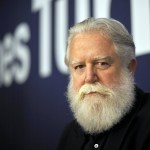 From movie theaters to fairs, the art world in mainland China is feeling the financial fallout as the coronavirus epidemic has curtailed travel and foot traffic throughout the region. [The New York Times ]

An artwork that appeared on the side of a house in Bristol, England, was confirmed today as a work by Banksy. [BBC]

Have a look at the makeover plan for Houston’s beloved Rothko Chapel. [Fast Company]

British artist Felicity Hammond has accused the Amsterdam-based Unseen photography fair of “deceit” and “persistent lying” after the bankrupt event failed to pay her and other artists for work commissioned for the 2019 edition. [The Art Newspaper]

Nicholas Galanin is working to change how Indigenous art is understood by institutions and audiences. [ARTnews]

“Judd,” opening March 1 at New York’s Museum of Modern Art, is the first full-scale American retrospective of Donald Judd’s work since he died in 1994. [The Wall Street Journal]

Holland Cotter reviews “Peter Saul: Crime and Punishment,” the American painter’s five-decade survey at the New Museum, which gets described as a “critically acidic dirty bomb of a show.” [The New York Times]