Channeling M.C. Escher and the Droste effect, more broadly, a Chicago-based artist has been painting portraits of himself painting portraits of himself. Seamus Wray, who’s appeared in a similar project shared on Colossal, began with a single representation (shown above) and mirrored his pose in a photograph of the work. He then repeated that process five times, which resulted in a recursive, mixed-media series that changes slightly with each iteration—two cats make an appearance in the final portraits.

Wray hopes the potentially infinite project begs the questions, “What comes next? Another painting. Are we all just living in a painting? What if this is a painting, within a painting?… I have painted hundreds of self-portraits over the years, and this seemed to be a natural progression from those, as I seem to be going mad painting myself, painting myself,” he tells Colossal.

Much of Wray’s work is centered on internet culture and media, and he frequently paints bright, saturated depictions of memes and iconic characters from various television shows and movies, many of which he shares on Instagram. The artist also sells prints and other goods with his work on Threadless. (via Kottke) 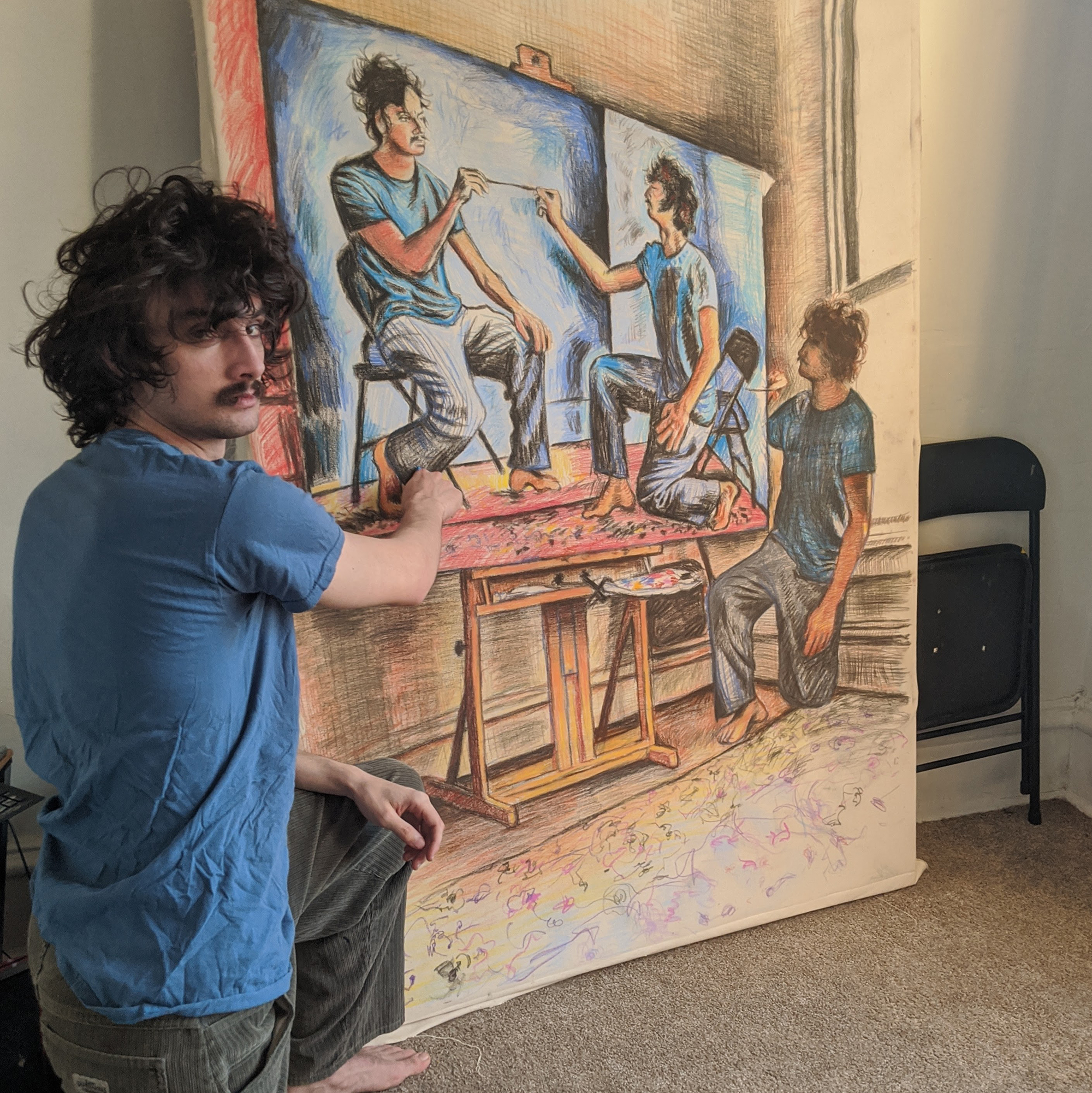